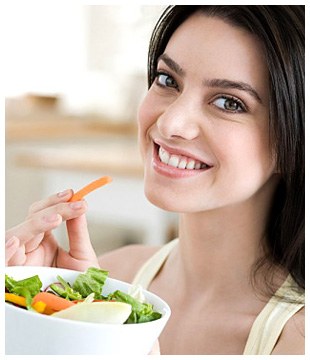 If you’ve ever sprained your ankle at the gym and watched the joint balloon in size, or burned your hand on the stove and noticed how red it became, then you’ve experienced inflammation. The swelling and redness are your body’s natural protective responses and the first step on the road to healing.
But there’s another kind of inflammation with a darker side. Called chronic inflammation, it occurs when your immune system mistakenly thinks it’s being attacked — sending off a wave of white blood cells to battle the invaders. With no real injury or infection to fight, the antibodies these cells produce have nowhere to go, so they accumulate in your body as inflammation. This inflammation is believed to contribute to conditions such as heart disease, diabetes, and cancer, Alissa Rumsey, RD, a spokesperson for the American Academy of Nutrition and Dietetics, explains to Yahoo Health.
Here’s where your diet comes into play: Evidence continues to grow showing that certainfoods play a role in promoting this immune response. “Refined carbs found in packaged snacks and processed items, as well as foods and drinks with added sugar, are linked to chronic inflammation,” says Rumsey. Red meat and dairy products may also contribute to inflammation, she says, possibly due to the grain and antibiotics often fed to cattle. Not only will avoiding these starchy, carb­-heavy, sugary products help you dodge chronic inflammation, but eating foods known to have anti-­inflammatory properties can lower your disease risk and boost overall health. It’s not yet clear exactly how much you have to consume to get the protective benefits, so just start loading your plate with these delicious, nutritious inflammation-­fighters today.
Here are the go-­to foods for an anti-­inflammatory diet.

Dark Leafy Greens
Spinach, along with its dark leafy cousins kale and broccoli, contains high levels of vitamin E, which has been shown to protect against inflammation, Brittany Kohn, RD, a nutritionist in New York City, explains to Yahoo Health.

Colorful Fruits And Veggies
Tomatoes, carrots, eggplant, and oranges: The richer the color, the higher the fruit or vegetable’s anti­-inflammatory properties. “Generally, the deeply colored fruits and vegetables are packed with the most phytochemicals, whether they're red, blue, purple, yellow, dark green, or orange,” says Rumsey

Garlic
Garlic “works similarly to painkillers known as NSAIDS, which lower inflammation by shutting off the pathways that allow it to accumulate,” says Kohn. (NSAIDs, non­-steroidal anti­-inflammatory drugs, include aspirin and ibuprofen.)

Chia, Flax, And Hemp Seeds
Thanks to their high concentration of omega­-3 fatty acids, these seeds are super-heroes against inflammation, says Rumsey. Sprinkle them in stir­fries, breakfast cereals, and soups.

Green Tea
Green, black, and oolong tea all contain phytochemicals that fight inflammation, but green tea has the highest amount, says Rumsey. Make sure it's fresh-brewed, not the sweetened, bottled kind.

Yogurt
This healthy staple also undergoes fermentation, so it has protective benefits, says Kohn. Go for unsweetened yogurt so you don’t take in all that excess sugar.

Dark Chocolate
Consider this license to indulge in a little high­ quality dark chocolate every so often. “If the label says the chocolate is above 70 percent cocoa, it has the antioxidant properties that can fight inflammation,” says Kohn.