Swallowing difficulty, the medical term for which is dysphagia, can be a temporary or a permanent problem. Anyone at any age can encounter dysphagia, but it is more common in older adults and babies. 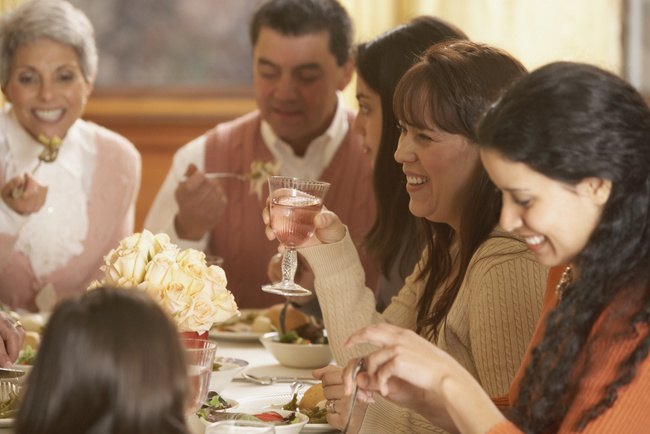 The food that we eat or liquids we drink are pushed down into the stomach by a series of muscle contractions in the throat and esophagus. In some people, the muscles may fail to contract normally, resulting in food getting stuck in the throat or esophagus. In many people, it could be a temporary condition that resolves over time, but in others, it is usually the result of certain medical conditions including:

Many people experience some of these symptoms for a short period of time. Although the symptoms go away usually on their own, it is a cause for concern when it persists over a long period of time, causing weight loss and nutritional deficiencies. Babies that fail to gain weight and seniors who continue to lose weight because of insufficient food intake warrant immediate medical attention.

The common signs of swallowing difficulty include:

Dysphagia that does not resolve on its own or gets worse over time needs prompt medical attention. Doctors may order diagnostics including x-rays, scans, swallowing tests, biopsies to determine the cause and extent of the problem. The treatment course depends on the root cause of the problem as well as the other health conditions and the age of the individual. Some of the possible treatment options include:

The main concern in dysphagia is that of nutritional deficiencies because of insufficient or total lack of food intake. Sometimes, a feeding tube is inserted into the stomach to help the individual get the required amount of nutrients.

However, for most people, foods that have been modified in texture while being tasty and palatable can help satisfy the palate while being nutritionally adequate. Not being able to eat the favorite foods is a major cause of depression in people with chronic dysphagia.

Doctors and dietetic professionals advocate using texturally modified foods that can be thick purees, thin purees or fork-mashable foods. The texture can vary depending on the extent and nature of the swallowing difficulty and will have to be customized by the doctor or dietitian. Some people with dysphagia are unable to swallow thin liquids such as juices and water and for these, thickened juices and foods are the best options. The bolus of the food needs to remain cohesive in the mouth without disintegrating, yet not be sticky to help in easy swallowing. Sticky foods can be a problem as they get stuck in the teeth and upper palate which is difficult to clean as well. The pureed foods also need to be moist and not contain any skin, seeds, hard parts, lumps or bones that can get stuck in the throat.

Using products such as the specially modified thickened and pureed food products from CWI Medical may be a great way to ensure people with dysphagia do not miss out on entrée’s, desserts and main courses!

Pancakes, Mac and Cheese, Lasagna, Smoothe Foods Puree - Frittata with Potatoes, steaks and beef stew are some of the tasty treats specially formulated for people with dysphagia. These thickened and pureed products are instant mixes which save time for caregivers or for patients themselves who can warm up their satisfying dinner in no time. Featuring the essential vitamins, minerals, protein and energy, these tasty foods ensure the day’s nutrient allowances are met when used as prescribed. These pureed foods do not need to be chewed and are completely free from hard lumps, bones, skin or seeds. Caregivers can save time and effort needed to whip up something nutritionally adequate and tasty for every meal with these convenient thickened food products.

With the holidays around the corner,  planning family dinners and get-togethers can be fun and rewarding with CWI Medical’s range of thickened and pureed treats . There is no need to miss out on desserts, chicken or beef main courses, yummy breakfasts or vegetables thanks to the specially formulated texturally ideal food range. So, raise a toast with thickened juices, tea or coffee or enjoy your favorite pudding this holiday season!