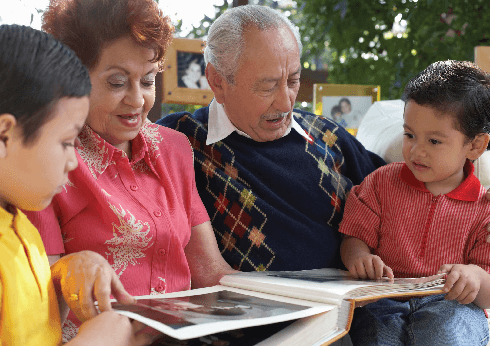 People living with Alzheimer's disease may be indifferent to daily nutrition, and it is not hard to imagine why. As their cognitive function declines, they often experience difficulties making the right food choices, eating healthy portions, and using utensils properly.

Weight loss could be an early sign of Alzheimer's

According to a study in Neurology, the official journal of the American Academy of Neurology, overweight seniors who lose weight progressively may be at a risk of developing dementia. The study, conducted in the early 90s, involved 1,836 seniors residing in Washington state. After a period of ten years, 129 had developed Alzheimer's or some other form of dementia.

Researchers concluded that the likelihood of dementia in seniors with a lower body mass index (BMI) was nearly 80 per cent higher than those with a higher BMI. Those who had lost weight at a faster pace over the duration of the study were also three times more likely to develop dementia than those who lost weight at a slower rate.

Previous studies have indicated that individuals may start exhibiting noticeable weight loss or minor memory loss about 10-20 years prior to developing Alzheimer's. Obese individuals or those who're at a risk of heart disease in their 40s and 50s may have a higher risk of being diagnosed with Alzheimer's as they advance in age.

It is not uncommon for Alzheimer's patients to lose two pounds a year in the later stages of the disease. Multiple reasons have been cited, including disorientation, depression and trouble with self-feeding. Seniors who suffer severe weight loss may require specialized nursing home care.

However, it is important to note that onset of dementia is not the only reason why seniors may exhibit weight loss. The natural changes that occur with aging, such as poor mobility, decreased appetite, and weakness from medication side-effects can contribute to weight loss in healthy seniors.

Can the right color be the answer to visual and spatial challenges faced by Alzheimer's patients? 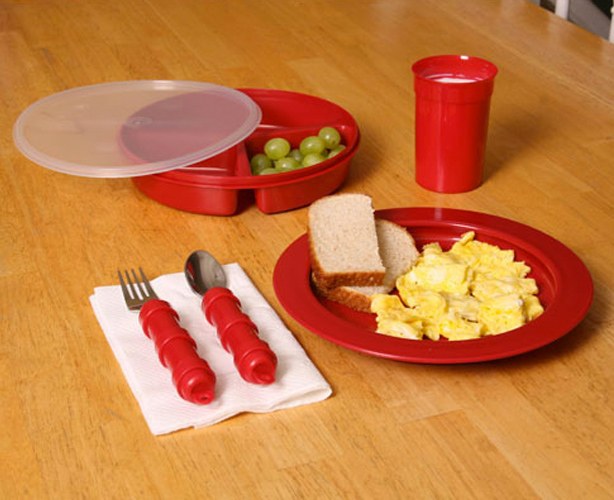 Boston University (BU) biopsychologist Alice Cronin-Golomb and her research team decided to investigate why Alzheimer's patients at nursing homes do not eat all the food on their plates despite receiving encouragement from staff. Cronin-Golomb explored the issue from the perspective of visual-cognitive deficit brought on by Alzheimer's.

As part of the study, patients in advanced stages of Alzheimer's were served food in bright-red plates besides the standard-issue white plates. Researchers discovered that patients who were eating from red plates consumed 25 per cent more food than those who ate from white plates. After the findings of this study were published in 2004, some nursing homes have implemented red plates as a standard.

Researchers also conducted another test to determine which shades of gray pills patients found easiest to identify and pick. They concluded that the right shade of gray can be useful in helping patients find their medication more easily.

Individuals with dementia experience difficulty in differentiating between different colors and are also less sensitive to differences in contrasts. A strategic use of colors, such as a red plate on a white tablecloth can be more easily apparent to patients than a white plate. Similarly, Alzheimer's patients will also be able to perceive contrasting toilet seat, toilet bowl and wall colors better than if they were all the same or similar shades.

Families of dementia patients have observed mishaps in the kitchen involving a confusion over colors. For instance, patients may spill milk from a jug all over the floor owing to a visuoperceptual difficulty, when the mug into which patients intend to pour the milk is white and perhaps even when the countertop is white.

Interest in visual aids has increased over the years, and today, Alzheimer's patients and families have a vast choice in adaptive dining products. They include inner-lip red plates, red colored scoop dishes, red colored tableware and red table mats.

A deliberate use of the color red extends beyond adaptive dining products. Dementia patients are also recommended red sensory balls that stimulate sensory perceptions and improve the strength and flexibility of fingers. 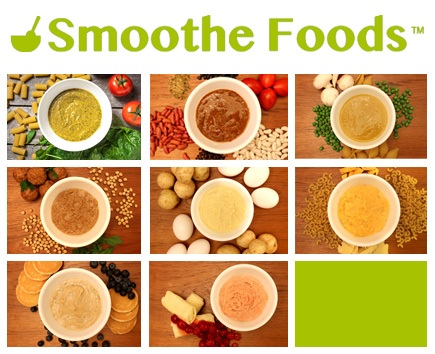 Lack of proper nutrition can not only affect a dementia patient's physical health, but also exert unnecessary stress on his/her caregiver.

It is important to identify the cause(s) behind a loss of appetite. The reasons can range from ill-fitting dentures to new medication/dosage and a lack of exercise.

<    Caregiving Tips for Those with Alzheimer’s and Dementia