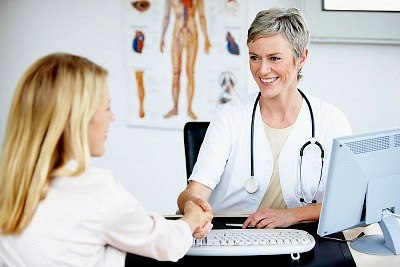 Women tend to be more vigilant than men about getting recommended health checkups and cancerscreenings, according to studies and experts. They're generally more willing, as well, to get potentially worrisome symptoms checked out, says Mary Daly, MD, oncologist and head of the department of clinical genetics at Fox Chase Cancer Center in Philadelphia. But not always. Younger women, for instance, tend to ignore symptoms that could point to cancer. "They have this notion that cancer is a problem of older people," Daly tells WebMD. And they're often right, but plenty of young people get cancer, too.

Of course, some women are as skilled as men are at switching to denial mode. "There are people who deliberately ignore their cancer symptoms," says Hannah Linden, MD, a medical oncologist. She is a joint associate member of the Fred Hutchinson Cancer Research Center and associate professor of medicine at the University of Washington School of Medicine, Seattle. It's usually denial, but not always, she says. "For some, there is a cultural belief that cancer is incurable, so why go there."

Talking about worrisome symptoms shouldn't make people overreact, says Ranit Mishori, MD, an assistant professor of family medicine at the Georgetown University School of Medicine in Washington, D.C. "I don't want to give people the impression they should look for every little thing," she says. With that healthy balancebetween denial and hypochondria in mind, WebMD asked experts to talk about the symptoms that may not immediately make a woman worry about cancer, but that should be checked out. Read on for 15 possible cancer symptoms women often ignore.

No. 1: Unexplained Weight Loss
Many women would be delighted to lose weightwithout trying. But unexplained weightloss -- say 10 pounds in a month without an increase in exerciseor a decrease in food intake -- should be checked out, Mishori says. "Unexplained weight loss is cancer unless proven not," she says. It could, of course, turn out to be another condition, such as an overactive thyroid. Expect your doctor to run tests to check the thyroid and perhaps order a CT scan of different organs. The doctor needs to "rule out the possibilities, one by one," Mishori says.

No. 2: Bloating
Bloatingis so common that many women just live with it. But it could point to ovarian cancer. Other symptoms of ovarian cancer include abdominal painor pelvic pain, feeling full quickly -- even when you haven't eaten much -- and urinary problems, such as having an urgent need to go to the bathroom. If the bloating occurs almost every day and persists for more than a few weeks, you should consult your physician. Expect your doctor to take a careful history and order a CT scan and blood tests, among others.

No. 3: Breast Changes
Most women know their breasts well, even if they don't do regular self-exams, and know to be on the lookout for lumps. But that's not the only breast symptom that could point to cancer. Redness and thickening of the skinon the breast, which could indicate a very rare but aggressive form of breast cancer, inflammatory breast cancer, also needs to be examined, Linden says. "If you have a rash that persists over weeks, you have to get it evaluated," she says. Likewise, if the look of a nipple changes, or if you notice discharge (and aren’t breastfeeding), see your doctor. "If it's outgoing normally and turns in," she says, that's not a good sign. "If your nipples are inverted chronically, no big deal." It's the change in appearance that could be a worrisome symptom. If you have breast changes, expect your doctor to take a careful history, examine the breast, and order tests such as a mammogram, ultrasound, MRI, and perhaps a biopsy.

No. 4: Between-Period Bleeding or Other Unusual Bleeding
''Premenopausal women tend to ignore between-period bleeding," Daly says. They also tend to ignore bleeding from the GI tract, mistakenly thinking it is from their period. But between-period bleeding, especially if you are typically regular, bears checking out, she says. So does bleeding after menopause, as it could be a symptom of endometrial cancer. GI bleeding could be a symptom of colorectal cancer. Think about what's normal for you, says Debbie Saslow, PhD, director of breast and gynecologic cancer at the American Cancer Society in Atlanta. "If a woman never spots [between periods] and she spots, it's abnormal for her. For someone else, it might not be."
"Endometrial cancer is a common gynecologic cancer," Saslow says. "At least three-quarters who get it have some abnormal bleeding as an early sign." Your doctor will take a careful history and, depending on the timing of the bleeding and other symptoms, probably order an ultrasound or biopsy.

No. 5: Skin Changes
Most of us know to look for any changes in moles-- a well-known sign of skin cancer. But we should also watch for changes in skin pigmentation, Daly says. If you suddenly develop bleeding on your skin or excessive scaling, that should be checked, too, she says. It's difficult to say how long is too long to observe skin changes before you go to the doctor, but most experts say not longer than several weeks.

No. 6: Difficulty Swallowing
If you have difficulty swallowing, you may have already changed your dietso chewing isn't so difficult, perhaps turning to soups or liquid foods such as protein shakes. But that difficulty could be a sign of a GI cancer, such as in the esophagus, says Leonard Lichtenfeld, MD, deputy chief medical officer at the American Cancer Society. Expect your doctor to take a careful history and order tests such as a chest X-ray or exams of the GI tract.   DIfficulty Swallowing? Check out our Thickened Foods and Beverages

No. 7: Blood in the Wrong Place
If you notice blood in your urine or your stool, don’t assume it's from a hemorrhoid, says Mishori. "It could be colon cancer." Expect your doctor to ask questions and perhaps order testing such as a colonoscopy, an exam of the colonto look for cancer. Seeing blood in the toilet bowl may actually be from the vagina if a woman is menstruating, Mishori says. But if not, it should be checked to rule out bladder or kidney cancer, she says.
Coughingup blood should be evaluated, too. One occasion of blood in the wrong place may not point to anything, Mishori says, but if it happens more than once, go see your doctor.

No. 8: Gnawing Abdominal Pain and Depression
Any woman who's got a pain in the abdomenand is feeling depressed needs a checkup, says Lichtenfeld. Some researchers have found a link between depressionand pancreatic cancer, but it's a poorly understood connection.

No. 9: Indigestion
Women who have been pregnant may remember the indigestion that occurred as they gained weight. But indigestion for no apparent reason may be a red flag. It could be an early clue to cancer of the esophagus, stomach, or throat. Expect your doctor to take a careful history and ask questions about the indigestion before deciding which tests to order, if any.

No. 10: Mouth Changes
Smokers should be especially alert for any white patches inside the mouth or white spots on the tongue, according to the American Cancer Society. Both can point to a precancerous condition called leukoplakia that can progress to oral cancer Ask your dentist or doctor to take a look and decide what should be done next.

No. 11: Pain
As people age they seem to complain more of various aches and pains, but pain, as vague as it may be, can also be an early symptom of some cancers, although most pain complaints are not from cancer. Pain that persists and is unexplained needs to be checked out. Expect your physician to take a careful history, and based on that information decide what further testing, if any, is needed.

No. 12: Changes in the Lymph Nodes
If you notice a lump or swelling in the lymph nodes under your armpit or in your neck -- or anywhere else -- it could be worrisome, Linden says. "If you have a lymph node that gets progressively larger, and it's [been] longer than a month, see a doctor," she says. Your doctor will examine you and figure out any associated issues (such as infection) that could explain the lymph node enlargement. If there are none, your doctor will typically order a biopsy.

No. 13: Fever
If you have a fever that isn't explained by influenzaor other infection, it could point to cancer. Fevers more often occur after cancer has spread from its original site, but it can also point to early blood cancers such as leukemiaor lymphoma, according to the American Cancer Society. Other cancer symptoms can include jaundice, or a change in the color of your stool. Expect your doctor to conduct a careful physical examand take a medical history, and then order tests such as a chest X-ray, CT scan, MRI, or other tests, depending on the findings.

No. 14: Fatigue
Fatigueis another vague symptom that could point to cancer -- as well as a host of other problems. It can set in after the cancer has grown, but it may also occur early in certain cancers, such as leukemia or with some colon or stomach cancers, according to the American Cancer Society.

No. 15: Persistent Cough
Coughs are expected with colds, the flu, allergies, and sometimes are a side effect of medications. But a very prolonged cough -- defined as lasting more than three or four weeks -- should not be ignored, Mishori says. You would expect your doctor to take a careful history, examine your throat, check out your lung functioning and perhaps order X-rays, especially if you are a smoker.

<   New Medical Treatments Arise From Around the World

<   10 Things That May Surprise You About Breast Cancer

<   Three Tips for Reducing Your Breast Cancer Risk : Get Fit